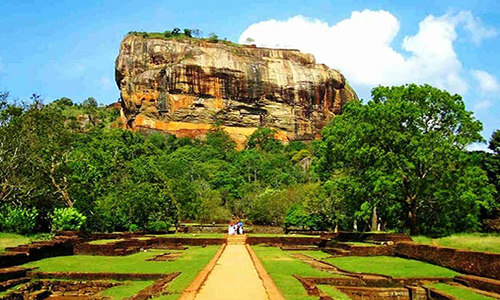 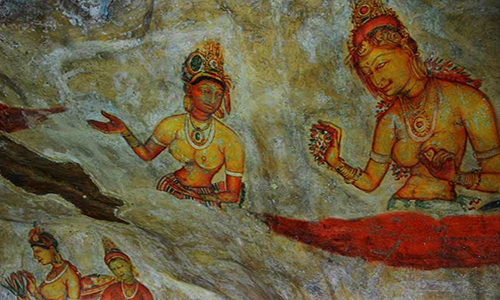 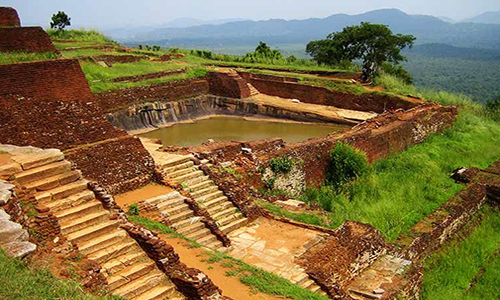 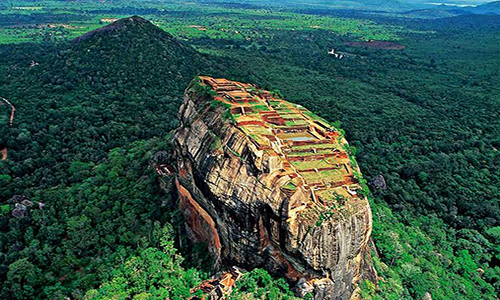 Sigiriya or Sinhagiri is an ancient rock fortress situated in the Matale District near the town of Dambulla in Central Province, Sri Lanka. It is an ancient and also ecologically valuable forest about 200m (600ft) height. Sigiriya also called as Alakamandava (the City of the Gods) that was built up before 50 centuries ago by King Kuvera who was the half-brother of Ravana (Ravan). According to the historical books (Name Chulawanshaya) as a new city King Kashyapa (477 – 495 CE) was selected this fortress because it was already built.King Kashyapa only need to re-construct. He built his palace on the top of the huge rock and decorated, surrounded by colorful arts, unbelievable water parks those on top of the rock. On a small plateau about halfway up the side of this rock he built a gateway that entrance almost like a lion. Some archeologists say that's the reason to call this incredible piece of jewelry as Sinhagiri/Sigiriya. After the king's death this capita and royal palace was abandoned and it as used as a Buddhist temple until the 14th century. In present UNESCO listed this ancient city as world heritage ad also one of the best examples for ancient urban planners. While climbing to the top, you can see some incredible paintings painted on the walls. Those paintings are painted in the western side of the rock, an area 140 meters long and 40 meters high. Most of the paintings includes ladies paints. Some archaeologist says those images captured from the ladies of the king and they are women taking part in religious observances. You can find similar paintings in Ajantha Caves that located in India. Mirror wall is highly polished wall and absolutely you can even see your reflection better than a real mirror. The Archaeological Commissioner of Ceylon, Mr. Senarath Paranavithana could read 685 verses written in the 8th, 9th and 10th centuries CE on the mirror wall. And he also translated them in several languages. You can see water gardens in the central part of the west a side. We can identify three principal gardens. On the garden supplies water the other. likewise there is complex technology even today engineers cannot describe clearly what's going on. So we highly recommended to you to come and see the beauty and also the technology of the Sigiriya.