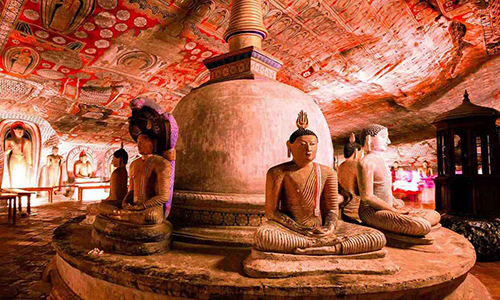 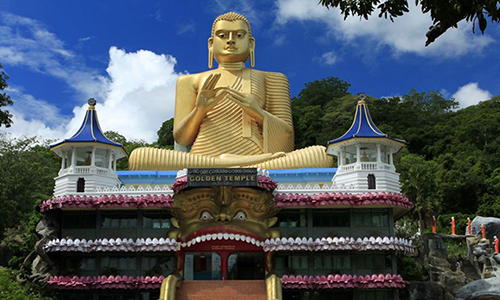 Also located in Matale district and Major Attractions of this area includes the largest and also the best preserved cave temple complex of Sri Lanka and also it is the central vegetable distribution in our country. One of Major attraction place of the Dambulla is the South Asian largest rose quartz mountain range. And also you can see the Iron forest or Na Uyana. Considering about the Cave Complex; The Statues and also the paintings are going back to the 1st century. But the paintings and statues were re-constructed within 11th, 12th and 18th centuries. Continuously 14 years King Walagamba the ruler of the Anuradhapura was providing the protection. When he returns to the throne showing his gratitude he had built this magnificent rock as a temple. Today it’s called as Golden temple. It is the largest and one of the best cave complexes that Sri Lanka has. Lots of statues and paintings are contained five major caves. Those paintings are related to the Lord Buddha and his life. There are 153 of statues of Buddha, Srilanka king's 3 statues and 4 of god and goddess statues. All of the paintings are covered in 2100m².First cave is called "Devaraja Lena" include 14 meters length of Lord Buddha's statues. In the second cave there are 16 of stated statues of Buddha and more than 40 of siting statues and more on. The other Grate key point is you can have a face to the museum that maintain by the temple. So don’t miss this amazing golden temple while you tour 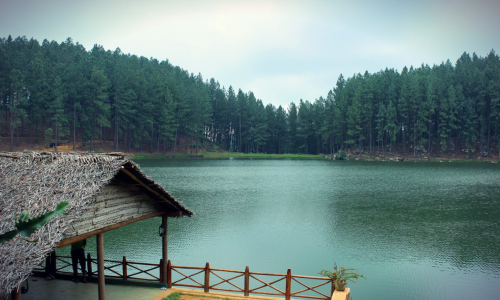 Matale is the other key point that you want to see. It is the largest city that Mathale District have. Mathale Aluvihare is an ancient and also historical e pace. While your travel if you are hiking lover then Knuckles mountain range is the one of the best place to hike.